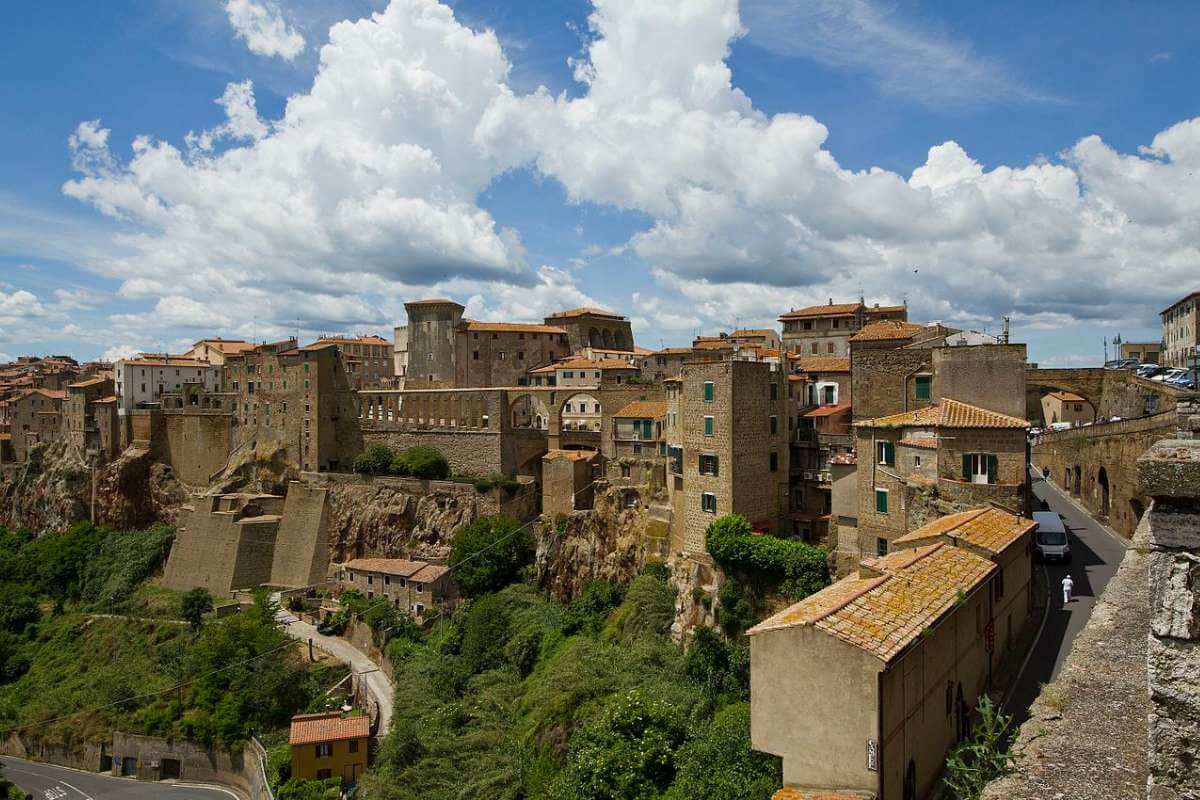 The tuff cities: Pitigliano and the Etruscan caves

They are very ancient villages built on the characteristic local stone named “tuff” along the valley of the river Fiora, dating back to the Etruscan-Roman age.

Pitigliano is perhaps the most scenic village in Tuscany and, coming from the south along the highway 74, after the turn in front of “Madonna delle Grazie” church, you can have a view of the village building on a tuff hill between two streams.

The village of Pitigliano is known as “the little Jerusalem” because it hosts a small Jewish community that probably settled in the 16th century with its Synagogue; since then the two cultures, Jewish and Christian, coexist peacefully.

Walking through the picturesque alleys it is easy to find shops where you can taste the unleavened bread and the “Sfratti” a typical Jewish dessert made of walnuts and honey.

Those who love the contact with nature cannot miss the opportunity of a walk in the Etruscan “Vie Cave”, fascinating and ancient routes carved into the tuff rock.

Crossing the Vie Cave is like entering a fairy tale out of time, running for many kilometers between the small villages of Pitigliano, Sovana and Sorano.

Comments are closed.
Go back to SURROUNDINGS page